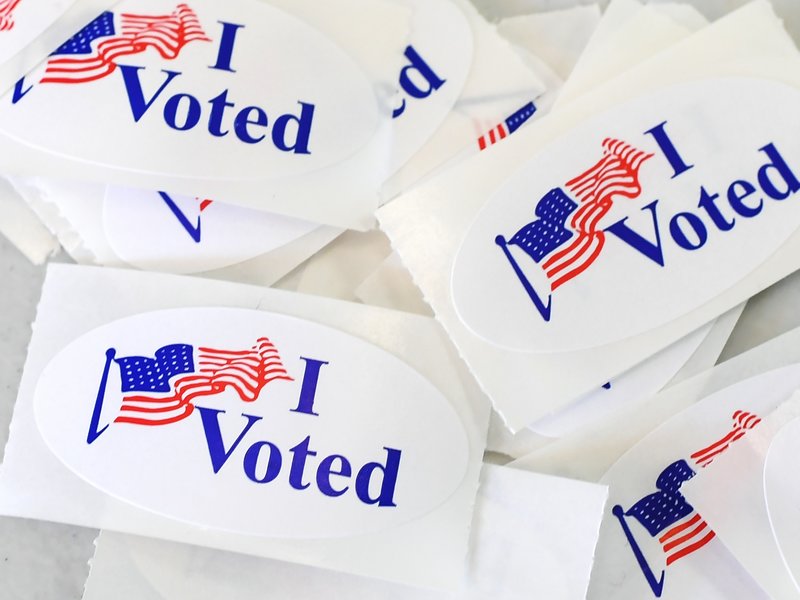 This week, Lynne and I worked at two different polling stations for the election. It was Lynne's first time, and my third. She came away with the same odd observation I made after my first time: There's a certain kind of honor helping someone to vote, even if they will vote differently than I did.

Our task was to help people exercise their right to vote no matter how they might vote. There's even a little camaraderie in it, as odd as that might sound - the voter and worker are respecting this right together despite potential differences. She and I both had that same reaction to the responsibilities we held as workers.

Now, think about that role in terms of evangelism.

Often we think of evangelism as trying to get someone to "vote" a certain way - to choose to receive eternal life from Christ through faith. In those terms, evangelism is trying to convince someone to make a certain decision. And there's nothing at all wrong with persuading people to make the best choice they'll ever make in their lives. We have every reason to want people to choose Christ and surrender to Him for eternal life.

But what if, at times, we saw our evangelism like the role of an election worker?

In this case, our task is to help someone make an informed decision, whether or not they choose what we want them to. We serve them in their need to respond to who Jesus is and what He has done. Rather than abstaining, they make a choice yes or no on "Prop J." We are successful in this role when someone has understood the claims of Christ and cast their ballot (for the time being). There is a certain kind of honor in helping someone choose concerning Christ, even if they choose differently than we do.

We have precedent for this kind of evangelism. Jesus often spoke to crowds in a way to bring them to the point of a decision, even if the decision was against Him. Read John 6 for just one example (and in verse 66, many voted "no" - a decision He brought them to making).

There is a freedom in this approach - we take on the role of a servant, we help someone make an informed choice, and which way they vote is not a burden of responsibility we carry. But it is still the concern of our heart - it is their eternal destiny at stake!

There are times to be the persuader. I believe there are also times just to be the poll worker. Amazingly, Jesus did each at different times.