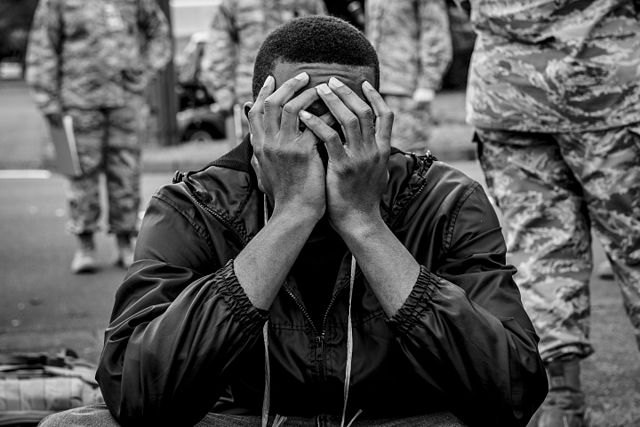 One of the objections people have to God existing as described in the Bible is the suffering of the innocent through man's violence or natural disaster. If God is good, why does He allow these things to happen? Is He not strong enough? Is He not good enough?

Let's skip for a second the argument about the word "innocent." Yes, the Bible says that none are truly innocent, but that doesn't answer the root of the objection. People do suffer greatly through no direct fault of their own.

If we start with the idea that the human race is fallen, imperfect, sinful, or otherwise broken in some way, we can see that it is in fact necessary.

If there were no consequences on the innocent by the actions of others, we would have no moral outrage. If God had created a different universe where He miraculously prevented evil actions from causing undeserved suffering, we would never have anything to develop moral outrage over. And we need to have moral outrage.

If there was no innocent suffering, we would never develop compassion. And we need to have compassion.

If we were not fallen, then we would be perfect enough to have these necessary character qualities without the circumstances of suffering. But we're fallen. The doctrine of fallenness is necessary to understand the reality of innocent suffering - but not for the trite response of, "Well, we live in a fallen world."

I am by no means suggesting that this is why innocent suffering exists - that God allows it just for this reason. I am saying, however, that God chose to create a universe where this can occur, and one consequence for fallen human beings is that we end up developing necessary Godly attributes. In other words, a fallen world without innocent suffering would be void of moral outrage and compassion. That, I argue, would be a worse kind of fallen universe.

Theology matters in ways we don't always see. The doctrine of fallenness is necessary to make any sense of innocent suffering and the God who allows it.