Setting Off a Stink Bomb in a Room 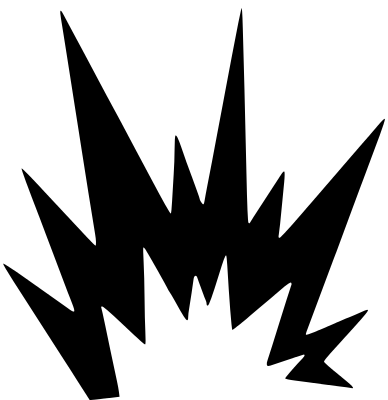 If you want to put a tense charge into a group conversation, just say the word "white privilege." It is an incendiary phrase, no matter how you understand it. It's fun - give it a try in a group where there are different views present. And bring popcorn.

On one extreme end of the spectrum is the sense that white privilege is a very real phenomenon and therefore those who are white need to feel guilty or embarrassed for being white.

On the other extreme end is complete denial that such a thing even exists.
But there is plenty of room in between the extremes, with various interpretations of the existence of some forms of privilege and various ideas of how to respond rightly.
Have I put a tense charge in the room, yet?
But like most reductionistic phrases, we can get tangled up more over the phrase than what is actually going on in our society. I don't want to get tangled up over a phrase. I don't want to push anyone via guilt that I've decided they should feel. Neither do I want to ignore some harsh realities in our society.

Regardless of the phrase, it's generally harder to grow up in this country with dark skin than light. Not in every single case, but overall, it's generally harder. There are many other things that make it harder to grow up in our country, too. Poverty (which is not exclusive to any ethnicity) is certainly one example. But removing that factor, it remains a true statement that generally speaking, it is still harder to grow up Black than White in our country. And not just Black.
If you're white, you might ask yourself which you would choose for yourself if you could.
As long as skin color creates a disadvantage for growing up (and then living life!), I'm not going to wrangle about phrases, guilt, denial, or extremes. It should not be harder to grow up and live here because of one's skin color or ethnicity.
Rather than get into tense arguments over a phrase or broad brushstroke accusations, can we just work on reducing the disparity in the "difficulty of growing up quotient" as long as it exists? That, I believe, is the biblical response - acknowledge unfair advantages where they actually exist and work to eliminate them. (This does not mean everyone should have an equal life, but that our systems should not work against people unfairly.) We'll never agree on all the ways this is manifest, but let's not let our penchant for arguing and "being right" get in the way of making things better still.

I think it's fair to say that the incarnate Jesus had all kinds of privilege, even if one doesn't care for the term itself. That included an ethnic privilege in certain contexts, but also gender, lineage, righteousness, access to the Father and the Spirit, and of course, divinity. It's not a question of whether or not He had something called "privilege," but what He did with it. He used His privilege to give privilege to others, without guilt.