The True Definition of Leading 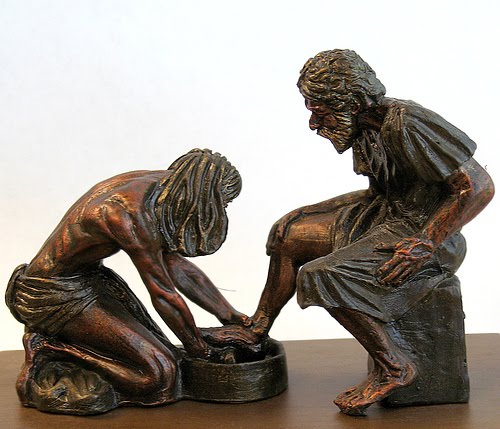 Until this summer, I thought that going to the Challenge conference as a leader would require more of me than when I was a student. I was expecting to have to let the students decide what we do and keep from dominating the discussions. I was ready to take on that role. What I wasn’t expecting was to be led by the students. I mean, I’m a leader, it is literally in my job description to be at the front of the pack, leading the group.

On Tuesday morning, we heard from Chris Brown about kneeling, one of the Bold Moves we as Christians should take. He told the story of Jesus washing the disciples’ feet and how Christ made Himself the lowest of the low to be an example for the world after He left. That struck me. How can we lead if we’re at the end of the group? How can we set an example if no one sees us?

The next night we went to Prayer Moves, which is a hour-long prayer service that happens every day at the conference. I had gone before as a student and strongly requested that we partake in it as a group this year but I wasn’t sure what to expect. Prayer can be hard. I often feel as though I don’t use the right words and rarely do I sound like I know what I’m doing, but this night, I wasn’t called to pray. Instead, the students prayed over all of the leaders. Julianne Finley broke the ice and prayed for me. I broke. This was what Chris had spoken about. No one could see her pray but we all heard and felt the words that she said. She was leading me and encouraging me to be an example for the other students in the group. Throughout the rest of the week, I continued to be led by this incredible group. There were nights when I was so tired but the girls wanted to stay up and bond, so we did and it was an amazing experience. There were days when I was lacking the vivacity to get through the afternoon events but Jake and Jack were there and ready for pretty much anything. I saw the Nathan, PC, and Jill being led by these students’ words and actions. They made more bold moves than I did for sure. I expected to be the example of Bold Moves for these kids, but they were the unanticipated examples for me. I was made last so that they would see what it means to be a leader, even if it means I’m not at the lead.