The Tyranny of Titles 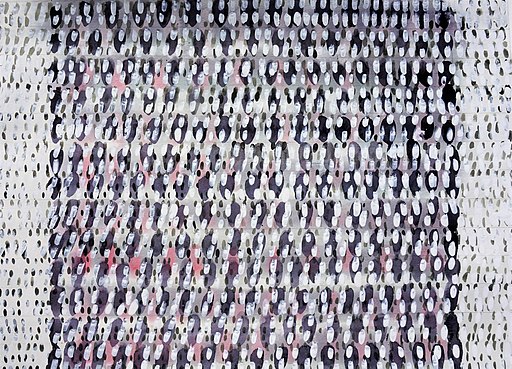 "Black Lives Matter." Boom - I just created some sort of response in you, perhaps even a strong one. And not the same response in each of you. I understand the reasoning behind the variety of responses.

I can create the same range of responses with the phrase "white privilege." How thin is the ice I'm skating on, now?

I'm not going to tell you what you should think about these phrases per se. I am, however, going to exhort you get past the phrases and into the real issues.

When someone else uses one of these phrases, before you react, ask, "What exactly do you mean by that phrase?" We already know that different people mean different things by these phrases - let's not pretend like we don't know this. Whether or not you think it's a good phrase to use is not the point. You don't necessarily know what someone means by the phrase, so open the door for them to explain it, rather than immediately reacting to what the phrase means to you. Ask that question first, or don't engage at all. It's not fair to them to react without knowing what they are intending to say. Then feel free to engage with what they mean, not what the phrase instantly evokes in you.

Don't get distracted by the phrases and their range of meaning. Keep the conversation on the issues of racism and other related problems that exist. If we get caught up on the phrasing being used, we're missing the whole point. We've got bigger issues to deal with than word choice.

Intentionally cultivate relationships with people who have a different skin color than you. I strongly believe the most effective resolution to racial tension is relationships - not laws, not summits, not speeches. Therefore, I think we should be intentional. Not fake. Not forging a symbolic, self-justifying acquaintance. Not to be able to say, "This is my [some ethnicity] friend." Authentic, and yet intentional, friendships in order to reach a common goal together. As Pastor Luther with Bridge of Hope says, "We're not really friends until we have had each over for dinner in our homes." (Now's a great time to remember that when Jesus made a friendship with me, He was making an intentional friendship with someone who has a different skin color than He did. Indeed, He invites us to "sup" with Him.)

It's OK to disagree - it's not biblical to hate. I'm not suggesting we avoid disagreements. Disagree if you want. But hatred, discrimination, prejudice, disrespect, and even just bad-mouthing are un-Christlike.

Keep silent at times, but don't keep silent about the problems we face. Sometimes it's best in a conversation to say nothing, because saying something will end only in an unproductive exchange. However, we do have problems in our communities that are happening on our watch as the Church. The Church must not let any form of injustice continue unchallenged.

It's easier to see the problems of the other point of view than of your own. This is the speck-plank principle that Jesus taught (Matt 7:1-5). Just admit this is true - "I am more blind to my own faults than I am to yours." Therefore, there should always be a humble measure of self-doubt and the possibility of learning something. (Learning something is also known as "changing my mind about something, at least a little." Gasp!) I can guarantee you that there are plenty of people who hold your opinion who are problematic. If you don't point out those problems, too, then you're just being hypocritical.

Turn to the Bible, not politics. This is not about the "sides" of an issue drawn by our culture. I see biblical values in the arguments made by a variety of otherwise conflicting viewpoints. I see unbiblical expressions in all of them as well. Our guide is what the Bible says about bigotry, justice, what measures should and should not be taken to seek justice, and what to do with what God has given us to steward. I guarantee you that every human perspective on these issues is flawed with some seriously unbiblical elements. It's far too common to see believers choose their views on these issues based on who they feel they must never agree with politically. That's backwards! Following the Bible will, at times, direct you to agree with someone on something that you normally disagree with on politics.

The Church must never be the mouthpiece for anyone other than Jesus. What would Jesus say about these phrases? What would He do about the systemic problems that remain in our communities? Who would He intentionally make friends with? When would He be silent and when would He speak out? Is there any group He is afraid to agree with on at least one point? If we're not asking these questions, we have no business speaking at all.