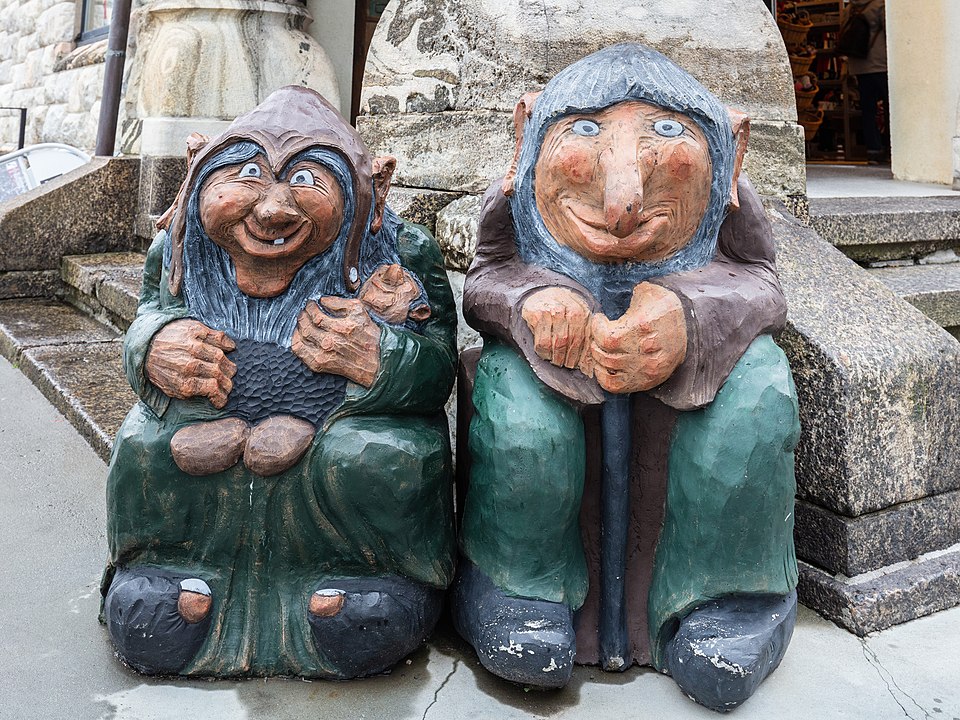 Once upon a time, there were two trolls. Norris the Troll was known mainly for his incredibly large nose. Most in the forest didn't know if he was nice or mean, artistic or scientific, vegetarian or a frog-eater. Just his big nose. It was so large that he often hurt himself when he opened a door inward. Bop!

Irvin the Troll had a normal troll nose (which is still quite a bit larger than we have). But Irivin had hairy … no … bushy ears. Flowing locks of black and gray hairs cascading out of his ears. Every few days in the Spring, he would have to ask someone to remove the birds who had nested in his ears. The chirping drove him crazy!

All Norris could do is criticize Irvin's ears. And all Irvin could do is criticize Norris' nose. Irvin could rescue a fallen baby bird and restore it to its nest, and Norris would say, "Why don't you just put that bird in your ear? It would be a bigger nest!" Norris could sniff out a fire from two miles away, and Irvin would say, "Just blow your nose and put it out!"

No matter what one troll did, good or bad, or how he felt, good or bad, the other troll only saw the one feature. Everything that troll did was interpreted by the other in terms of a large nose or hairy ... I mean bushy ... ears.

I read the media this week heartbroken, listening to too many trolls.

First remove the beam of wood from your own eye and then you will see clearly to remove the speck from your brother’s eye!  -- Matt 7:5